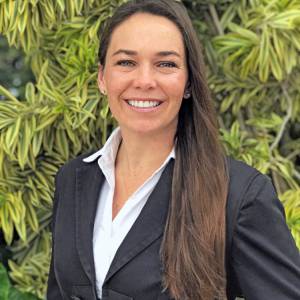 For nineteen years, Megan has worked in the marina industry. As a high school and college student she started as a dockhand and worked her way up to dockmaster position of Newburyport Marinas a five hundred-slip full service marina with fuel docks, marina store and service yard. After graduating from college she spent three summers at Nantucket Boat Basin as a dock manager. During that time she spent her winters in Breckenridge Co and was a ski school manager for Vail Mountain Resorts. In 2010 she moved to St Thomas USVI and worked for IGY at Yacht Haven Grand for three seasons. She spent the summer seasons at the newly branded Boston Yacht Haven Inn and Marina as the dockmaster.  2012 and 2013 winter seasons she worked at Miami Beach Marina with RCI Marine, eventually moving to Bahia Mar Marina with RCI acting as General Manager for four years. Megan is currently the Marine Director for Tavistock Development and Pier Sixty-Six Marina.

Megan earned her BA in Biology from Saint Michael’s College, Vermont, in 2007 and is completing classes to receive her CMM.