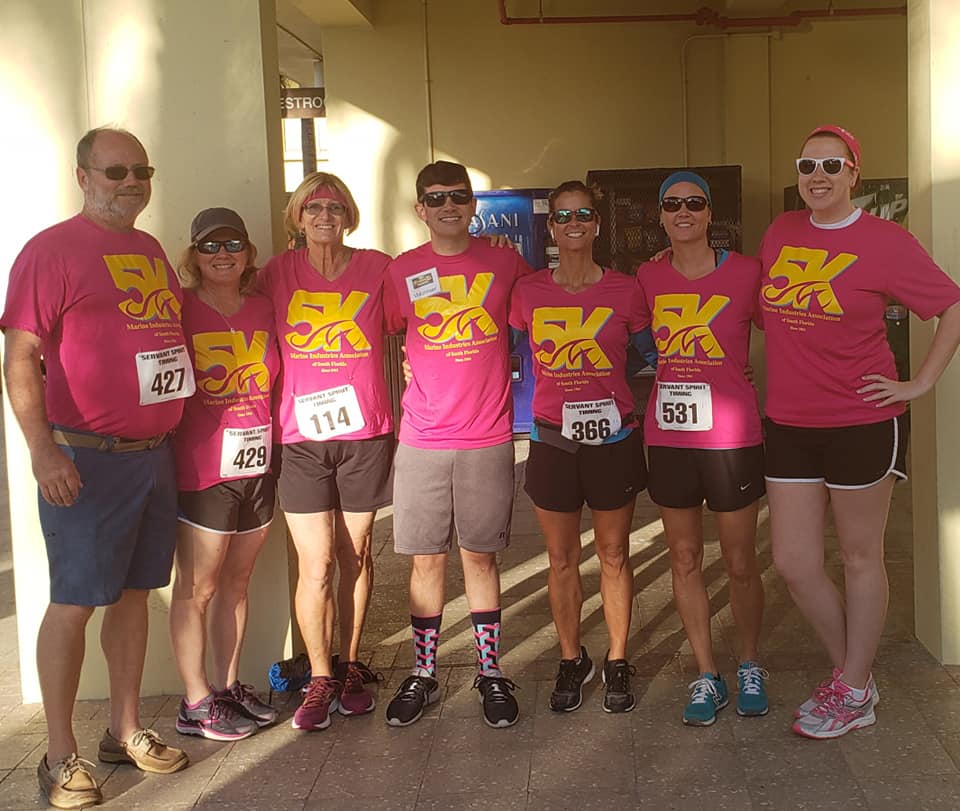 Last month’s Maritime Monday at Funky Buddha Brewery was a great outdoor evening event followed by a fun Trivia Night. With dozens of members, as well as guests and potential new members traveling outside the downtown zip code, it was another productive networking opportunity. Many thanks for the warm welcome and excellent service by the Funky Buddha staff.

By all accounts, the Miami Yacht Show and the Miami International Boat Show, held from February 14th through 18th, had great weather and attendance. Having moved from its previous location on Collins Avenue, the Miami Yacht Show had tremendous land and water space, including the Superyacht Miami exhibit at Island Gardens Marina on Watson Island. Transportation to the shows was enhanced with the addition of Brightline service and getting from site-to-site was made a little easier with convenient buses and water taxis. Congratulations to NMMA, IYBA, and Informa!

Sailorman hosted its annual Chili Cook-Off this past month as an MIASF Member Mingle event. The event had a great turnout and ten different teams of cooks submitted chili for the cook-off. MIASF Director of Development and Host of Salty Jobs, Sean Smith, was invited to participate as a judge and got to sample a wide variety of recipes from classic red chili to green chili and even an alligator chili! The event also featured free food and drink and a live auction. Congratulations to Silly Willie’s Chili for winning this year’s Sailorman Chili Cook-off!

The Chris Hixon Memorial Inaugural 5K Run/Walk was held on Saturday, February 16th at Charnow Park in Hollywood. The event drew nearly three times the expected participants, including MIASF staff and members of the Board of Directors. All proceeds went to the Chris Hixon Athletic Scholarship Foundation, named in honor of the Athletic Director of Marjory Stoneman Douglas High School who was shot and killed in last year’s rampage.