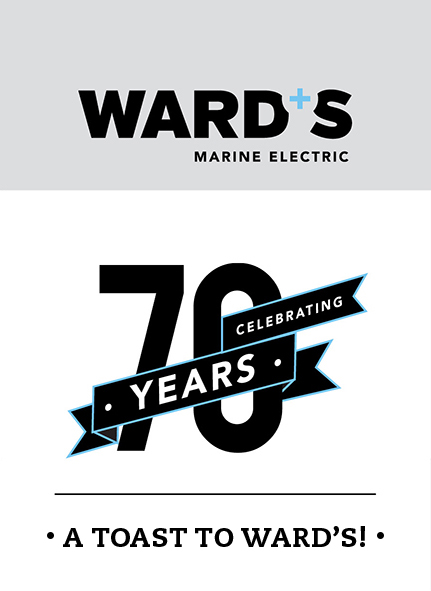 Ward Eshleman II, president and CEO of Ward’s Marine Electric, began his second term as chairman of the American Boat and Yacht Council (ABYC) board of directors during the organization’s annual meeting in New Orleans in January. Ward has been a member of ABYC since 1981 and his volunteer service to the organization started as a member of the electrical primary technical committee, for which he has served as committee chair for the past 10 years.

Additional congratulations to Ward’s Marine Electric on its upcoming 70th anniversary celebration. Ward's Marine Electric is a third-generation family-owned and operated marine electrical company that has become known as the premier provider of everything marine electric. Its mission is to continue to earn the respect of those who have come to depend on Ward’s in South Florida and in ports-of-call around the globe.