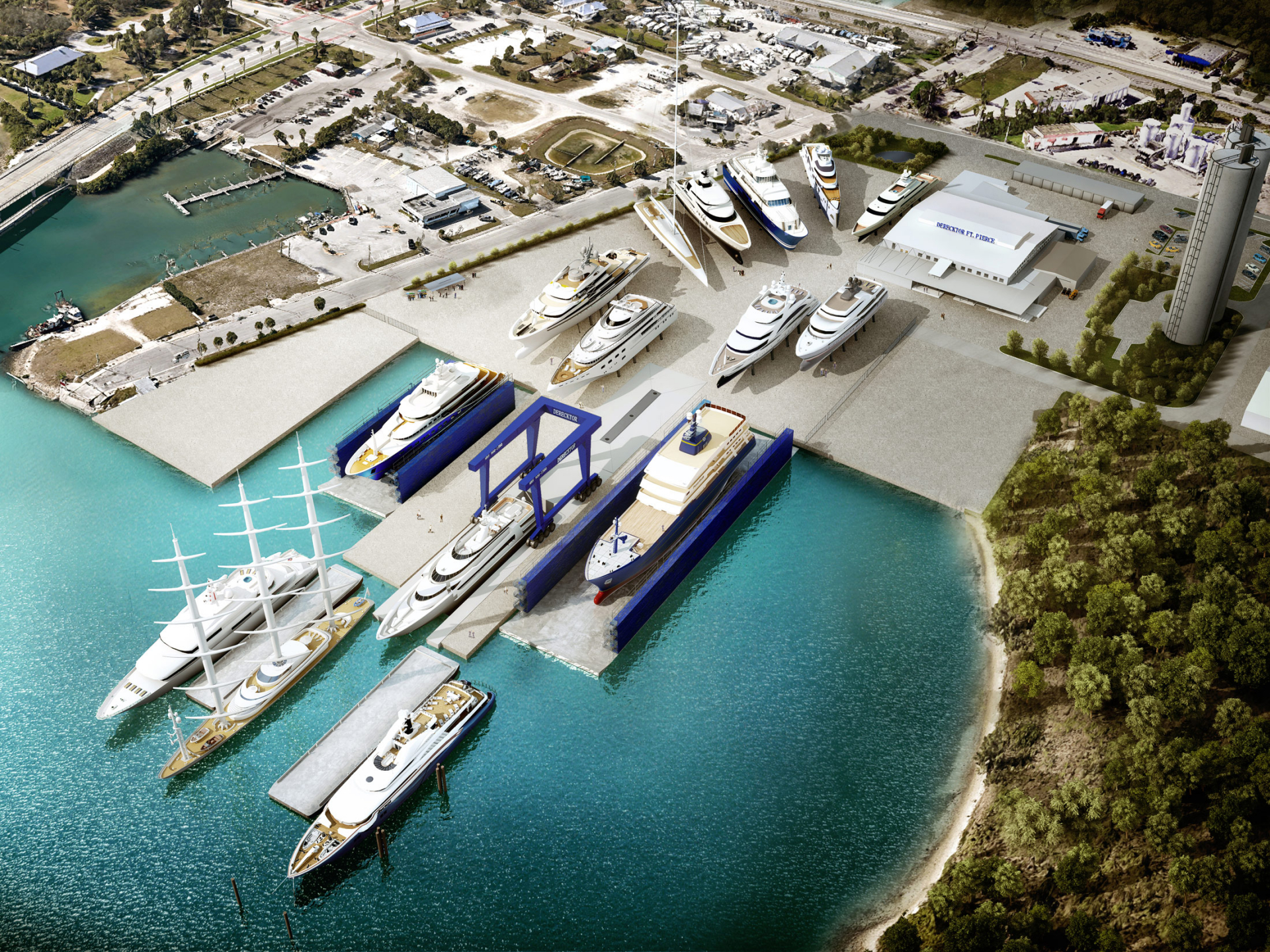 After 11 months of review, the engineering and plans for Derecktor Ft. Pierce’s new haul-out basin have been officially approved by the U.S. Army Corps of Engineers, paving way for construction to commence once the City of Fort Pierce Building Department gives its final approval. The haul-out basin measures 220 feet in length and 50 feet wide, comparative in size to one of the two concrete silos located adjacent to the Derecktor facility at the Port of Fort Pierce. Existing upland will be excavated from the concrete pier making way for 288 auger cast piles needed to support the relieving platform surrounding the perimeter of the haul-out basin. Construction includes the installation of an intricate system of tiebacks, whalers and sheet pile, all of which will support the 1,500-ton lift under a full load of approximately 4.5 million pounds - or roughly the same weight as a fully fueled space shuttle preparing for launch. The 1,500-ton mobile boat hoist will be shipped from Northern Italy to Port Everglades later this year and will be delivered to Fort Pierce by barge. Assembly of the massive machine will take 6 to 8 weeks to complete. Standing 85 feet tall, 75 feet wide and 120 feet long, the lift will be nearly as tall as Fort Pierce’s South Causeway and as wide as a six-lane highway.