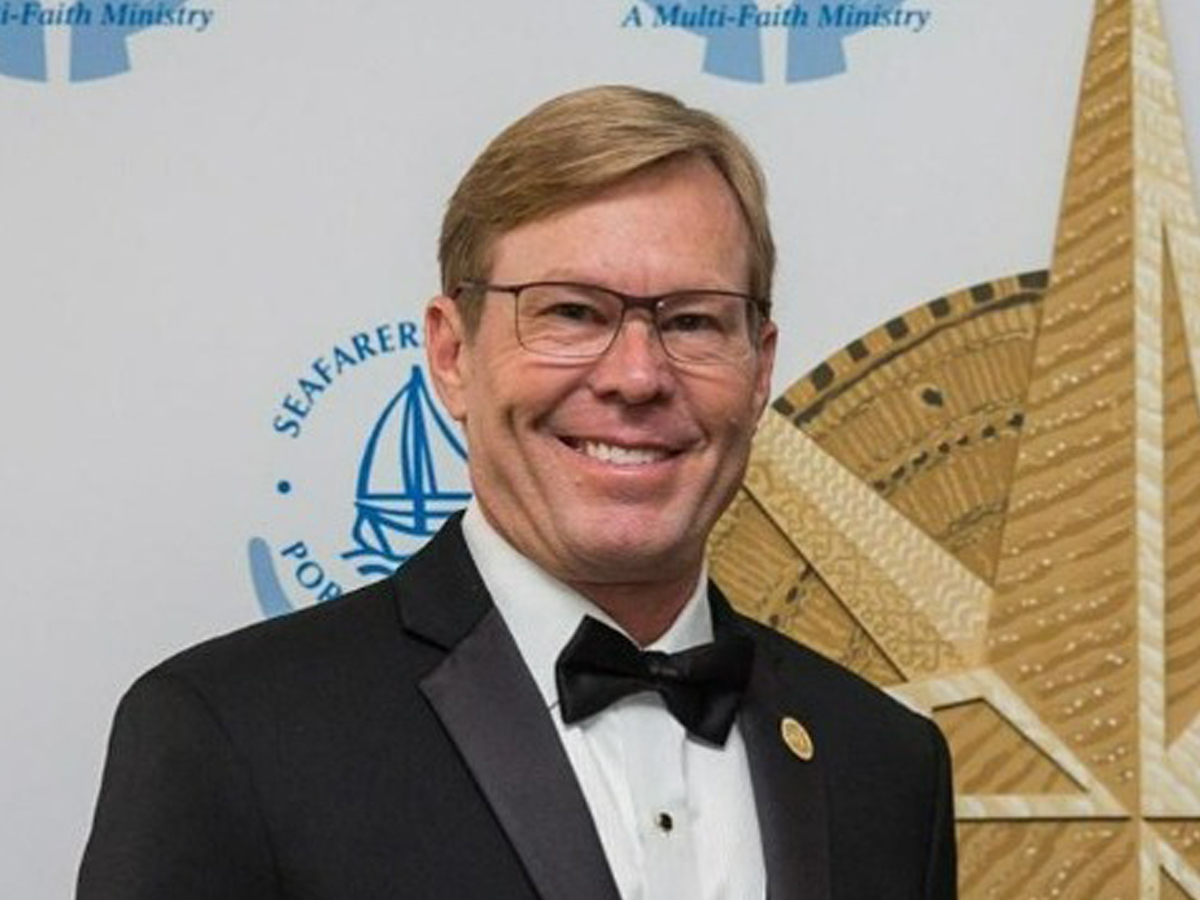 For more than 20 years, Cliff Berry II has dedicated his time and passion to Seafarers’ House. This year, the native Floridian and life-long Fort Lauderdale resident was honored with the non-profit organization’s prestigious International Golden Compass Award.

Berry is President and CEO of Cliff Berry Inc., a Fort Lauderdale company founded in 1958 that offers environmental services. He has been on Seafarers’ House Board of Directors since 1999. He currently serves as the board’s vice president.

Twenty years ago, Berry’s father, Cliff Berry, Sr., was the recipient of the Golden Compass Award, which recognizes those who have achieved distinction in the maritime industry, those whose vocation or avocation has been the sea, or those who have ministered to or otherwise assisted seafarers.

“My father founded our company six decades ago and grew it into a nationally recognized powerhouse that I now have the privilege to lead. He dedicated his life to Port Everglade’s maritime community. It is such a privilege and honor to be able to follow in his footsteps in receiving this award,” said Berry.

Cliff Berry Inc. and the family generously gave a lead gift to the Place of Welcome Campaign to build the new Seafarers’ House in Port Everglades. They provide in-kind, volunteer and financial support year-round to ensure the organization’s ability to offer practical and spiritual care to as many as 150,000 seafarers who come to Port Everglades annually. The company also has supported Seafarers’ House as a Gold Sponsor of the Golden Compass Awards Gala, as well as sponsoring the annual South Florida Business Leaders Luncheon. The company and its employees also have been long-time supporters of Seafarers’ House annual Shoebox Christmas, donating and wrapping items for mariners who come to Port Everglades during the holiday season.

“The Berry family’s support of Seafarers’ House has been instrumental in our ability to serve Port Everglades maritime community, especially during these most difficult times,” said Seafarers’ House Executive Director Jennifer Stewart. “We are grateful for the family’s decades-long generosity, which has had such a positive impact on the lives of our seafaring community.”