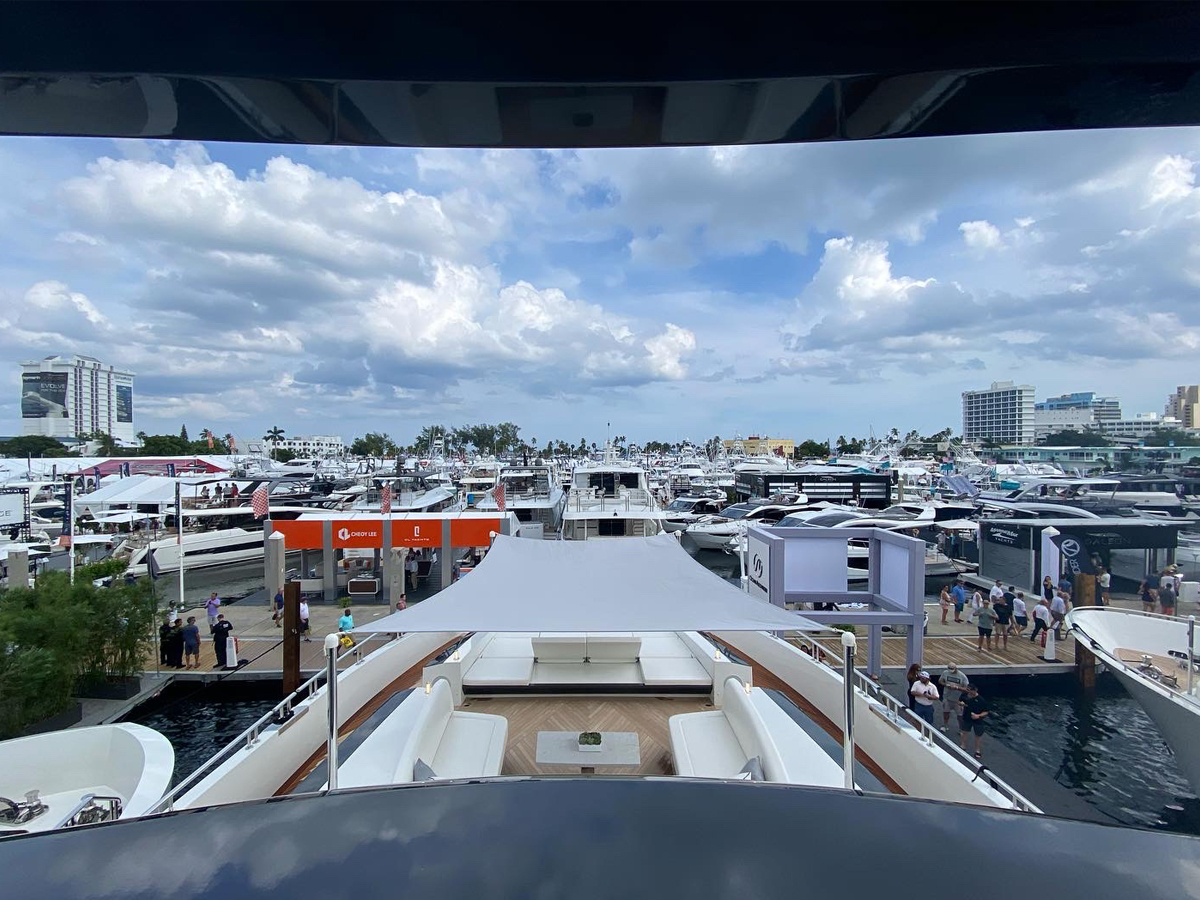 Brunswick Corporation announced a record-breaking performance at the 2021 Fort Lauderdale International Boat Show (FLIBS) with record sales, units, and share gains from many of Brunswick’s brands. Some of the many notable outcomes from the four-day event were:

“The Ft. Lauderdale International Boat Show is one of the most important boat shows in the world - it sets the tone for the U.S. Fall boat show season and is a good indicator of consumer sentiment carrying into the following year,” said Dave Foulkes, Brunswick Corporation CEO in a prepared press release. “Mercury continues to capture high share in key markets as boat builders from around the world adopt Mercury’s innovative and industry-leading outboards in record numbers; a trend that was evident again this year at FLIBS. Demand for our premium boat brands continue to set the pace, and the increasing scale of our Advanced Systems Group in combination with its rapidly expanding portfolio of products and brands is enabling growing penetration and success across the industry.”

2021 was the Ft. Lauderdale Boat Show debut for Mercury’s 600hp V12 Verado, as well as Sea Ray’s 370 Sundancer, both launched earlier in the year. Boston Whaler hosted the final stop of its 50th anniversary 420 Outrage “Homecoming Tour” at FLIBS with a VIP event featuring an appearance by renowned marine artist and conservationist Guy Harvey. Bayliner also returned to the Ft. Lauderdale show, displaying the award-winning Element Series, and Freedom Boat Club was present with a new display, welcoming current and new members, and prospects from around the world.

“Our success in Ft. Lauderdale is further demonstration of our incredible momentum across the entire Brunswick enterprise,” said Foulkes. “I am thrilled by all that our teams have accomplished this year, and the strength we carry into 2022.”