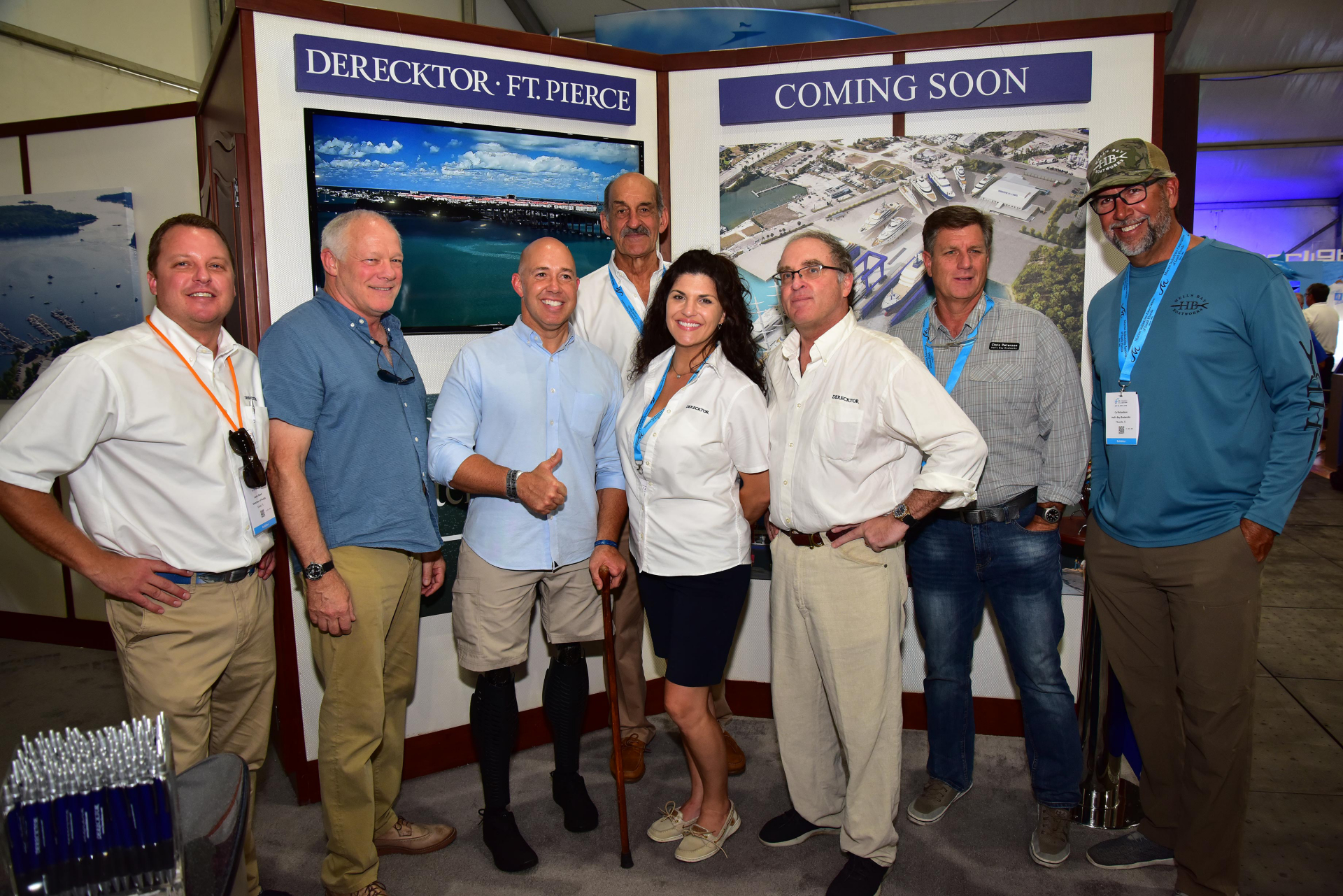 Derecktor Ft. Pierce (DFP) is open for business. As of November 1, DFP is accepting dockside work and offering pierage to the global super and mega yacht fleets. At the same time, Derecktor has announced the 1,500 metric ton mobile lift being built for the facility is expected on site in 2020. The lift will be the largest in the world when complete. The opening represents another major milestone in the project, begun in early 2018 when St. Lucie County issued a request for qualifications from bidders on a mega yacht repair and refit shipyard. Following a thorough and lengthy evaluation process culminating late that year, Derecktor was selected to develop and operate the facility. In the ensuing months a contract was signed between the parties and site work and permitting processes have been underway.

Soundings Trade Only announced MarineMax as a winner of one of the Most Innovative Marine Companies Awards at FLIBS. The awards honor forward-thinking companies that are changing the marine industry with new initiatives, processes, technologies, internal changes in culture, and acquisitions. The list included large global companies and small startups.

Suntex Marina Investors announced it has made a significant investment in the Bahia Mar Yachting Center located in Fort Lauderdale. Suntex said it continues to make significant operational and financial investments in marquee properties by adding the premier yachting destination in South Florida capable of accommodating the largest of vessels. With first-class transient facilities now spanning the entire East Coast of the United States, Suntex added that it is poised to offer guests an unparalleled marina experience on the Atlantic Coast or Intracoastal Waterway. The investment in Bahia Mar Yachting Center coincides with Suntex’s sale of its majority stake in the Loggerhead Marina Portfolio to its joint venture partner Equity Lifestyle Properties (ELS). This divestiture and restructuring of the company’s portfolio is intended to focus energies on wholly owned marinas in its portfolio and to create opportunities for geographic diversification. As demonstrated with the Bahia Mar Yachting Center, the company will prioritize expenditures on the operation and development of premier marina destinations throughout the United States such as Liberty Landing, Marina Jack, Miami Beach Marina, State Dock Marina, and the redevelopment of Las Olas Marina in Fort Lauderdale.

TowBoatU.S. Fort Lauderdale, founded in 1989 by Larry Acheson, is celebrating its 30th anniversary this year. The company has grown substantially from its early days, when Acheson plied his 26-foot Privateer towboat, along with a few lift bags and a couple pumps, home to his apartment in Oakland Park at the end of each day. Today, there are 13 boats and almost 40 full-time employees responding from multiple South Florida ports – 24 hours a day, seven days a week. They specialize in marine towing and salvage, as well as providing commercial launch services and work-boat charter services to the marine community.