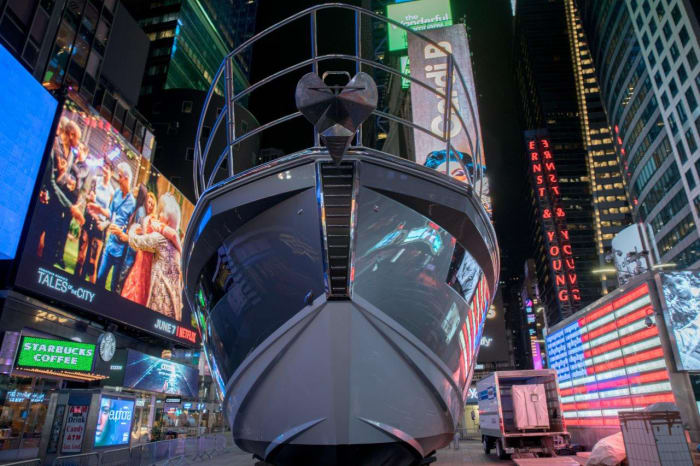 At the June commission meeting of the Florida Inland Navigation District (F.I.N.D.), commissioners approved an agreement on the consent calendar to partner with MIASF and share in the cost to monitor and maintain the continued navigability of the New River at the FEC bridge. F.I.N.D.’s Broward County Commissioner, Frank Gernert, championed the request, which was approved by the entire commission.

After 26 years at Bradford Marine, former president Paul Engle announced his retirement. Engle joined Bradford in 1993 after years as a yacht captain and has previously served as a Board of Director for MIASF. Since the beginning of this year, Engle has worked with the yard’s new owners, John and Michael Kelly, as they revitalize the business. Paul is looking forward to playing golf and tennis, and fishing and boating.

MarineMax has announced an agreement with Italian-based yacht builder Azimut/Benetti Group to acquire Fraser Yachts. The deal includes a multiyear agreement that gives MarineMax exclusive dealership rights to sell Benetti yachts in North America. Monaco-based Fraser offers yacht brokerage, yacht charter, yacht management, crew placement and new build services through 20 offices in 18 countries around the world. According to MarineMax, the more than 160 Fraser team members will remain in place and continue to manage the company’s operations.

Global superyacht painting and refinishing company Pinmar has named Derik Wagner executive director of its U.S. operations, responsible for leading its U.S. management team and spearheading its growth in North America and the Caribbean.

Wagner brings more than 20 years of experience in global sales, business development and management skills, including a previous position as managing director at MTN Yacht Service. He was president of the International Superyacht Society (ISS) from 2015 to 2017 and is a founding member of the U.S. Superyacht Association (USSA) and a former Anchor Member of MIASF. He will operate out of Pinmar’s new U.S. headquarters at Rybovich in West Palm Beach.

The installation of a 59-ft cruiser in the heart of Manhattan caps off the month-long 50th anniversary celebration of Azimut Yachts. Working alongside its dealer, MarineMax, the celebration included media appearances on television shows and radio talk shows, cruise tours along the Hudson River, as well as a multitude of public and private events. Appearing in Times Square from May 10-22, the yacht is the maximum size that can fit in the allotted space and was presented during Design Week by Design Pavilion and NYCxDesign.

IGY Marinas recently hosted a 2019 Caribbean Disaster Response Conference in MIASF’s Flagship Room. The first of what is hoped to be an annual event brought together an alliance of NGOs, air and sea asset managers, and local stakeholders to maximize collective disaster response capacities. Discussions included best practices, existing humanitarian aid frameworks in the Caribbean, roles and responsibilities, and a step-by-step immediate action plan before a storm makes landfall.