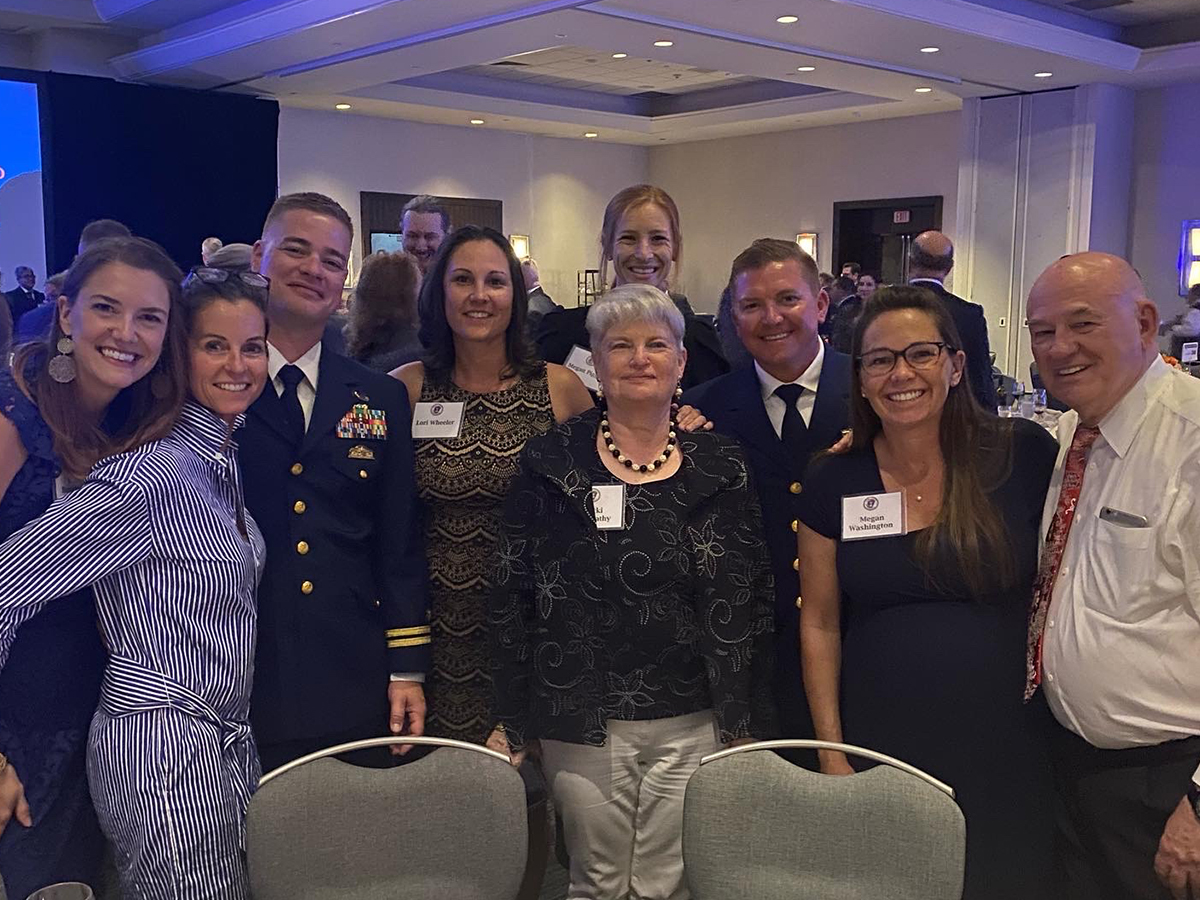 In a myriad of capacities, MIASF and our industry work closely with the United States Coast Guard throughout the year. This month, MIASF had the opportunity to attend the USCG’s Tribute to the Seventh District event at Marriott Harbor Beach Resort. Our association purchased multiple tables and invited its members to purchase tickets to attend the event as well.
Reggie Rivers, past emcee of our Annual Meeting, served as the Master of Ceremonies for this event and helped lead the way as this year’s event set a record in the amount of money raised for the Foundation, surpassing $90,000. Throughout the dinner program, attendees of the event honored the Coast Guard personnel who led the way at the beginning of the pandemic as the crews worked closely with more than 100 cruise ships to safely return passengers to land. Additionally, the award recognition that highlighted the night was that of Coast Guard Air Station Clearwater who exhibited a valiant effort when they rescued four people stranded after their boat capsized in extreme weather conditions.
The moving event also featured keynote speaker Coast Guard Admiral Karl Schultz as well as Sector Commander JoAnn Burdian before she officially makes her move to Washington D.C. to begin serving in her new role as Admiral of the US Coast Guard.