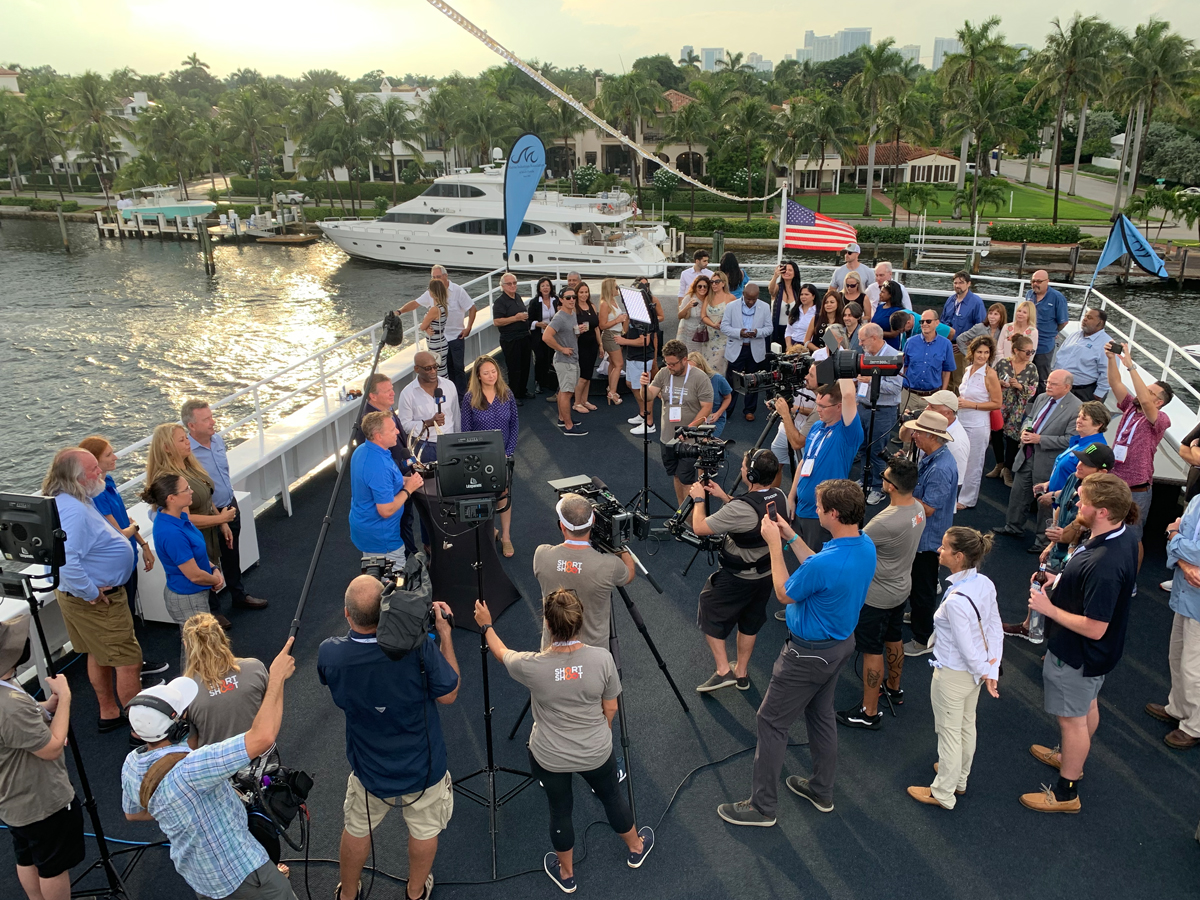 For the fourth year in a row, Informa Markets and MIASF partnered with NBC Sports to produce a 1-hour special highlighting the Fort Lauderdale International Boat Show that aired the final day of the show at 10 pm EST on NBCSN. The show once again welcomed commentators Townsend Bell and Leigh Diffey, as well as a new face to the show, Kristen Beat. Along with highlighting vessels with innovative design and technology and inviting viewers to experience a day at the show, the special also included the 4th annual Best of Show competition. Submissions were accepted for all boats debuting at FLIBS and narrowed down to a group of finalists by a panel of judges. From there, a select group of judges toured each finalist boat and scored it on set of criteria including but not limited to uniqueness, innovative design, appearance, and more. Judges for this year’s competition included:

The group of judges collectively selected the Ocean Alexander 35R as the recipient of the Best of Show award. The awards presentation was filmed on the top deck of the MIASF Hospitality Lounge and served as a small and intimate celebration for the team of NBC Sports, panel of judges, and the Ocean Alexander brand.

Stay on the lookout for when the 2021 FLIBS Special will re-air on NBC Sports and be available online.