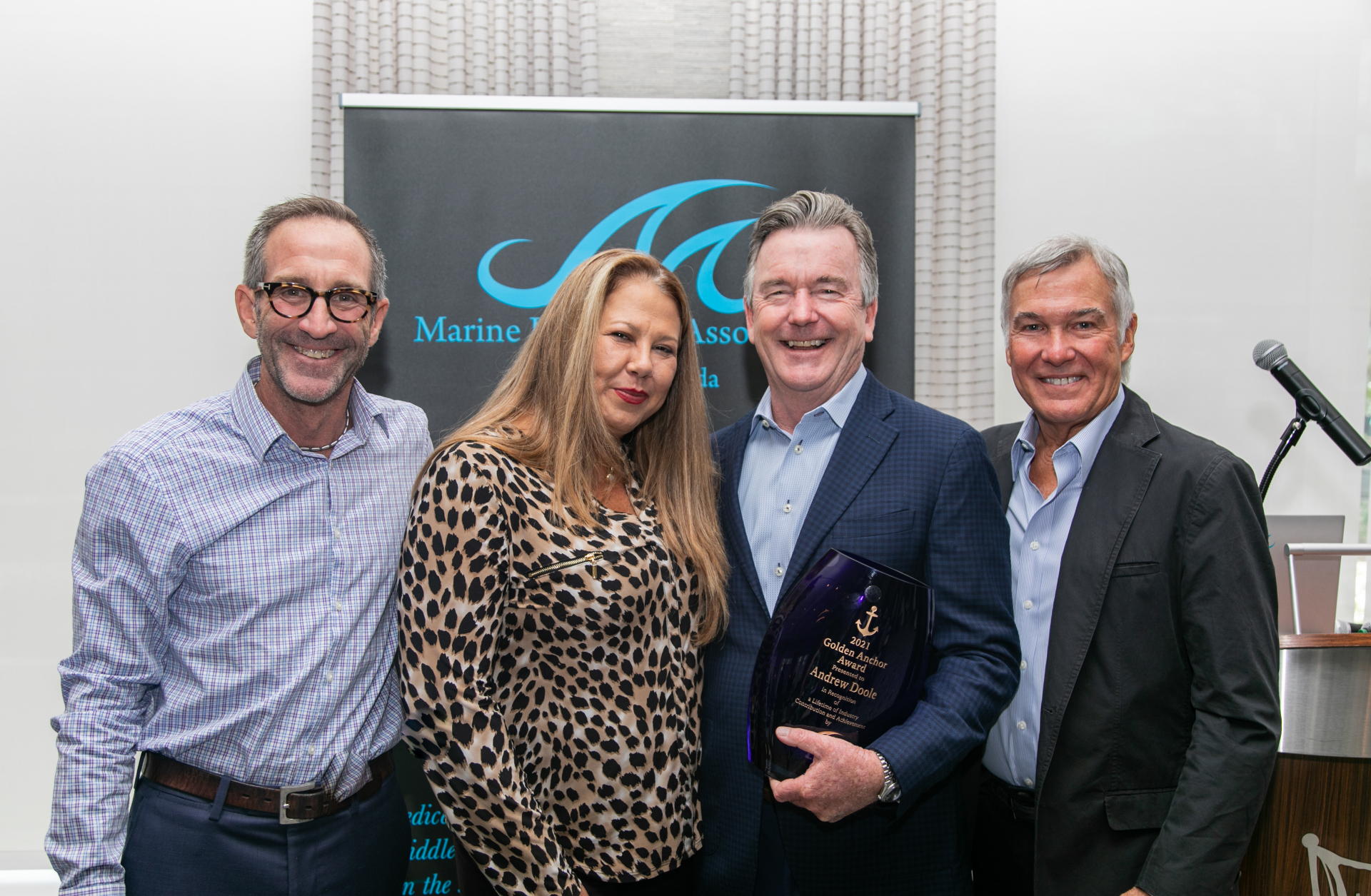 The MIASF Annual Meeting and Awards Luncheon was held on Thursday, May 20, 2021, at the Lauderdale Yacht Club. This year’s meeting and awards luncheon marked the return to a live event and was emceed for the second year in a row by former Denver Bronco’s running back, broadcaster, and author, Reggie Rivers, who hosted the association’s virtual meeting last year. In recognition of continued safety, event attendance was limited, and social distancing protocols were in place.

Doug West, Chairman of the MIASF Board of Directors, announced the newly and re-elected board members. “On behalf of the entire MIASF board, we are delighted to welcome aboard Chuck Cashman of MarineMax, Bob Denison of Denison Yachting, and Danny James of Compass Logistics & Marine as our newest board members. We also extend a hearty congratulations to Megan Washington of Pier Sixty-Six Marina on her re-election.”

This year’s Golden Anchor Award was presented to Andrew Doole of Informa Markets. Informa was the driving force behind maintaining the Fort Lauderdale International Boat Show as a live event, with robust safety and health protocols in place. Doug West received the 2021 Award of Excellence for his work at Lauderdale Marine Center throughout the past year.

Additionally, the Frank Herhold Memorial Scholarship was presented to Megan McGrath, a graduate student at Nova Southeastern University, where she is studying the presence of UV-filters in ambient seawater and their possible impact on staghorn coral fecundity.